So one stinking hot summer morning back in January, obviously suffering from heatstroke, I signed up for an 8 week CrossFit challenge. As I said in my last post, I’d been trying for years to get my fitness back but for various reasons it wasn’t really working. 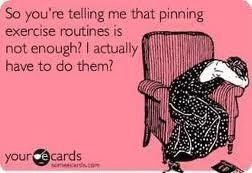 Saturday morning rocked up at Urban Energy Fitness for registration and weigh-in. Like a shark, or a prize winning pumpkin. I was relieved that the InBody scanning machine stayed hands off; I despise  skinfold caliper tests! A complete stranger grabs a handful of guts and measures the flab in it? Nooope. Instead I stood on the scales and held a couple of magic wands at arm’s length while a machine looked me up and down and sniggered to itself.

My score was 80/100 which unfortunately is not a score out of a hundred… I’m not actually sure what it means, but I’m told the further you are over 100 the better. Official weight was #@.%*kg which is not relevant to this post. None of the numbers really interested me (there were lots) except for PBF – percentage body fat – which was 27.9%. Over 28% is in the unhealthy range; I’m just under it by the skin of my teeth. Well, arse. But even though technically I’m not overweight (just), I am ‘skinny fat’: my middle jiggles, I’ve got hardly any muscle and I’m very unfit.

It wasn’t all bad news; I was pleasantly surprised to discover I’ve apparently grown 2 centimetres (in height) since getting my driver’s licence! Awesome!

We also took some ‘before’ photos with the local paper as proof of the date – I wasn’t going to inflict any on you but I noticed the headline and changed my mind.

The following Monday was my first training session and it was a raging success – I neither died nor injured myself which were two of my three biggest concerns. (The third was that I might fart or queef during a particularly strenuous movement but Shane cranks the music up nice and loud – how thoughtful! As a result everyone can grunt, groan, swear and let rip to their heart’s content.)

Each training session is an hour, broken up into two timed routines with rests and stretches. The first circuit’s for strength while the second one’s for conditioning, and the variety of exercises in there is really good. It even gave me the warm fuzzies a bit because it reminded me of Army, except without all the yelling. 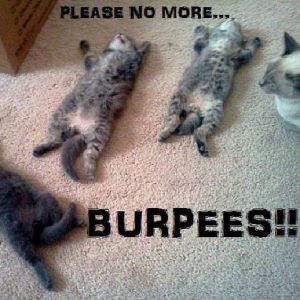 Some of the moves were familiar, such as box jumps, skipping and push ups, though Shane had to correct my  technique because I’ve been doing them wrong this whole time. He also translated for me – “AMRAP” means “as many rounds as possible” and “EMOM” means “every minute on the minute”, just FYI. Some equipment, like barbells, I had to learn from scratch because I’ve always avoided them like the plague. But now I’ve hit 40 I need to start doing weight training to increase bone density so I don’t get osteoporosis. Osteoporosis. As a result pumping iron makes me feel a bit like The Terminator and a bit like Driving Miss Daisy.

Week One sucked fairly thoroughly; three training sessions which included lunges, medicine ball squats, kettlebell swings, wall handstands and planking, among other tortures. I was sore and hobbled a bit, felt super tired and even a bit dizzy in the afternoons  – what a shithouse time to quit sugar! Dammit. On Wednesday I got a knot in my shoulder just from lifting one of the kids’ schoolbags. On Thursday I nearly fell on my face trying to walk down a grassy slope at Finn’s footy training. 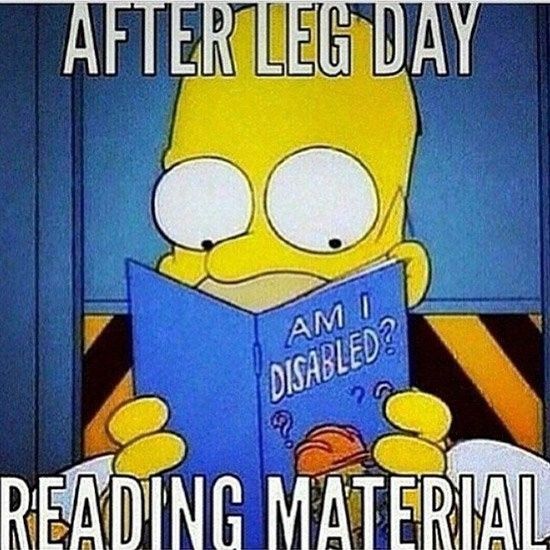 And on Friday I stumbled unsuspectingly into two fitness testing WODs ( ie “workouts of the day”) named ANNIE and HELEN. 50-40-30-20-10 in double under skipping and butterfly situps (though I did single skipping so had to do 150/120/90 of those) followed by three rounds of a 400m run, 21 kettlebell swings and 12 pull-ups. 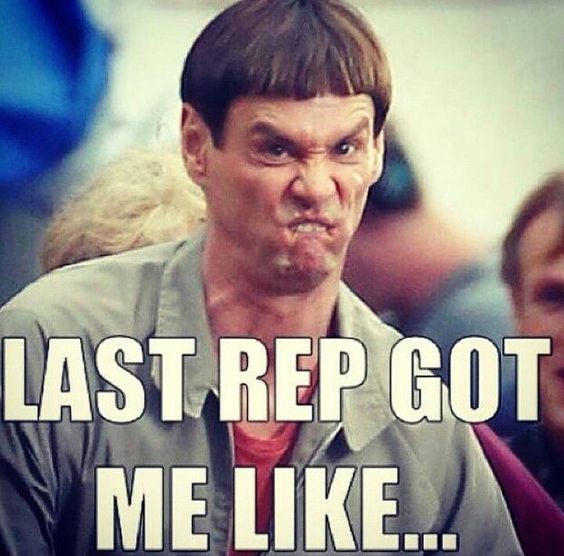 I thought I was having a brain aneurysm during the last skipping round because I suddenly got this huge pain at the top of my head. It got better, but somewhere during the 36!!!!!!! pull ups I thoroughly munted both my elbows. My arms hung bent at my sides and I walked around looking like a damn T-Rex. It’s all my fault; I used the wrong elastic band to help with the pull ups, and forced myself way too hard. For the next few days I could barely lift the kettle or even pull my own pants up without difficulty.

By the following Wednesday my full rest/ frozen peas/ Voltaren/ massage/ herbal anti-inflammatories routine meant I could finally wipe my arse, put on my shorts and lift the kettle with relative ease. Back to training, it was a legs and butt day which helped, as did Shane modifying the upper body stuff for me. He’d also brought in an associate to help with training motivation and morale.

Everyone calls him “Sarge”.

Sarge does his rounds after training to ensure everyone is working to an acceptable standard. He discerns this by trotting over to sniff your armpit while you’re lying down doing your stretches. If his sniff is perfunctory, you need to push a bit harder and might consider dropping and giving him twenty. If he sniffs your stink for longer, he approves of your effort. One day I hope to attain Sargie’s Gold Star Standard, which probably means him rolling around on me like I’m a week-old animal carcass.

On Monday I still had a bit of a sore lower back after swinging those cursed kettlebells on Friday in Week Three, but I didn’t want to lose momentum so went to training anyway. Lighter weights, rowing instead of running, no kettlebells… and still by the end of the hour my lower back was completely rooted. I should’ve stopped as soon as it hurt but NNNNOOOOOOOO I had to be a total and utter moron. As it happened we had our monthly chiropractor visit that afternoon and Docka Wob (ie “Doctor Rob”) had to use the kids clicker on me because my sacroiliac joint was so locked up. Next day I could barely walk and had spasms getting out of the car, turning in bed, walking, and pretty much everything that involved breathing. Heatpacks, icepacks, Voltaren, Nurofen, herbal anti- inflammatories, stretches, lots of swearing, and foam rolling. And no training for the rest of the week. 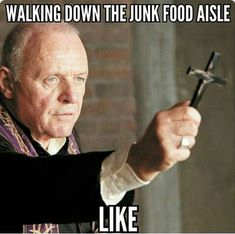 No training for all of this week either. One day it took me nearly two hours to drop the boys at school then get some bread and milk on the way home because I was hobbling around like Ethan Frome. Saw Toshi for physiotherapy for the first time in ages, and Docka Wob for chiro again too; he released a tight spot I’d missed with the roller and it killed so much my eyes watered. Actually I kinda cried.

On the plus side I found some awesome yoga stretches on the interwebs for unsticking a stuck SI joint and they really helped!

Finally back to – DO IT GENTLY, DICKHEAD!! – training this week. Two weeks has seemed like an eternity; I can’t imagine what it’s like for people who’ve had this kind of chronic shit going on for years.

Shane and my fellow trainees are all being really supportive; there’s a great team vibe going on. And it’s totally fine to stop in the middle of a circuit to go do SIJ stretches on the wall. There’s no yelling and cheering or gratuitous high-fiving, which I like.

There’s mutual encouragement and banter before and after, but during work time I’m mostly just happy to hear the occasional grunt from the others also having a hard time of it. But motivating and encouraging others to be positive helps you to be positive too!

Which is helpful advice, because sometimes I am a bitch.

By the end of the challenge, despite missing three out of eight weeks due to injury, I felt heaps stronger, I fit my pants better and my PBF (remember that?) had dropped from 27.9 to 25.2.

But it’s how I feel that’s important, like I CAN DO THIS. And I love my new more muscly and slightly rounder arse! It’s not quite J-Lo but at least it’s not so much Spongebob.

Four Months Further Down The Track:

Where there used to be only soft squidgy flab I now have abs! 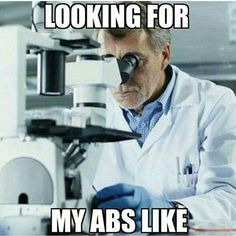 … there’s still a bit of flab on top of them but it’s nice to know they’re there. I feel stronger, my posture’s better and my back, knees and hips don’t hurt any more. I spent the other day down the beach sprinting after a cricket ball on hard packed sand in bare feet and longjumping off a boardwalk into soft sand and there was nary a twinge or an ache or anything!

I’ve signed up to do the RAW Challenge in October with my awesome mate Jenny, who’s getting back into training too after having a baby a while back. We’re using it as a training run for the Tough Mudder which rolls around again in May. Surely it can’t be harder than doing CrossFit. Surely.

I’ve always enjoyed obstacle courses as it’s exercise with the fun left in and I’m hoping with my new improved fitness levels and awareness of how to not munt myself I am going to bloody KILL it. Wish us luck! Or come join us if you want!

P.S. Coincidentally, a couple of weeks ago the Queensland Government recently began this #JOINTHEMOVEMENT campaign that aims to get women and girls moving. I think it’s a great idea; the focus isn’t on being perfect at something or looking like a fitness model, it’s about getting involved, making time for your own health and wellbeing, and reaping the benefits of physical activity, whatever it is. It’s never too late, y’all!

jeff & jill went up the hill

Every day another goddamned hill.