Part 2 of my belated Mum’s Day post. Part 1 was more about the funner, happier, more positive side of parenting – the stuff that’s usually the focus on Mother’s Day; the stories of cute kids, and happy families, and warm fuzzies.

… And farts. As long as they’re funny and without fallout.

This one, though, is about some of the other stuff. For the most part, our kids are a delight; loving, fun, and great company. On our good days I teach them things, they worship me *cough*, they do as I ask the first second or third time I ask them, they remember they do actually like my cooking, and listen to my words of wisdom. And then there’s the days where I feel like donating them to the circus. It seems a little wrong somehow though, a little ungrateful, to mention it on Mother’s Day. (Or even in a Mother’s Day post two weeks after Mother’s Day.)

But it’s reality. Granted we don’t have as many Bad Days now the boys are older and can talk about what’s bothering them, and understand consequences, but they still happen. Sometimes it’s my fault because I’ve asked too much of them, and sometimes it’s just them being kids and pushing their boundaries. And other times shit happens and it’s nobody’s fault; the boys get sick, the boys get hurt. These experiences suck and are stressful, but I probably learn the most from them. And even our worst days have had some good in them, even if I wasn’t able to see it at the time. 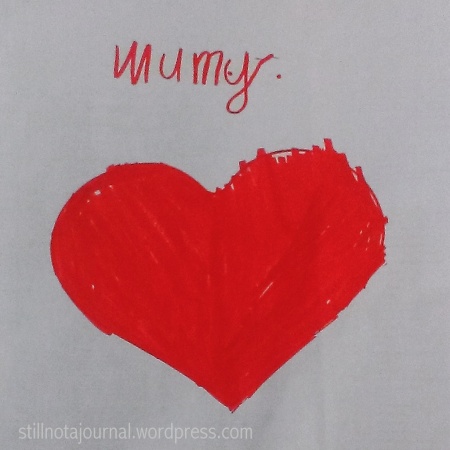 St. Patrick’s Day party 2014. Had just finished dishing up the kids’ tea (on time too; YAY me) when Ms Tapdance Diva came rushing in to say Finn had been knocked down by one of the bikes. I ran out to find him sitting in the driveway screaming while the other kids tried to comfort him. We put him on the couch with an icepack and asked him what was wrong but he just kept crying. We discovered he’d hit his head – a massive egg popped up on the left side, and he couldn’t remember what’d happened.

Headed to Accident & Emergency, me asking him questions on the way. He asked me too; “Where are we going Mummy?” I told him to see the doctor, to get checked out. Then a few seconds later he asked “Mummy where are we going?”… I glanced back at him, thinking are you fucking with me?

In A&E he was given a catscan and I managed to get him a trip in a wheelchair. If he stretched his toes as far as he could, they just reached the footrest.

He was so brave and lay perfectly still while the huge machine whirred laps around him. The scan was normal, but the doctor talked about the dangers of him hitting his head again; while unlikely it could set off a brain bleed which could potentially be fatal. I squeezed Finny a little tighter at that. No contact sport for a week, not even his beloved cricket in case he copped a bat or ball to the head.

Back home late. While J took Finn to the loo I tucked Rory in. I rotated him 90 degrees back into bed, assessing his noisy breathing. I was just hoping I wouldn’t have to make another run back to A&E – for Rory’s asthma – when

“What the hell was that?”

“He walked into the wall.”

“Not with his head?”

“Yeah, on the other side of his head this time.”

Are you kidding me? It hadn’t even been an hour since we got back! J reassured me it was very light, but I’d heard it, and Finn was yelling. I’d been okay up to this point but I remembered the doctor’s warning don’t let him hit his head and my stomach went all funny. He’d told me the worst case scenario to arm me with knowledge, so now of course that was the only scenario I could think of.

I stayed with him long after he fell asleep, holding him. He slept peacefully but I really wanted to get another CT scan. What if there’s something happening in there that I can’t see? How can I tell if he’s asleep or unconscious? His legs twitched a couple of times. A mini seizure? I debated with myself whether I was being completely ridiculous by wanting to take him back to A&E or completely irresponsible by dismissing that idea as being ridiculous. I didn’t want to leave him alone, but settled on checking on him every 2 hours. When I finally left I whispered please be okay. And he half woke up and said “What?”

Tonight Rory told Daddy to pass on to me that I couldn’t sit but I was permitted to hug him. He wouldn’t sit up for the hug so I lay beside him and put my arm over him, and he wriggled away, yelling NO MUM that’s not a hug, you’re not allowed to sit!

For crying out loud, he needs to give me a fucking instruction booklet. 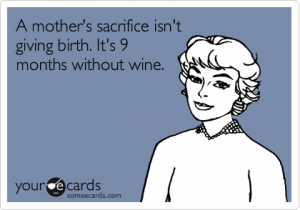 At Dad’s funeral we read out some of the things that the boys remembered about their Pa:

He likes planting plants in the garden. He likes playing with us. He has a moustache. He has wavy hair. It is black.

He looks through his glasses to have good eyesight to see the little tiny words.

He tells jokes, and sometimes he does jokes for grownups, as well as kids, and they are funny and everyone laughs their guts up.

They giggled and squirmed, so pleased with themselves, as Justine read it out for them… and it was indescribably uplifting to hear them laughing.

…Bloody yesterday isn’t over yet, me and Roars are at A&E; croup hit Rory just as I was stupidly heading to bed at 1am. I heard him barking and gasping for breath in between trying to scream – he hasn’t had it this bad since his first time at 3 months. I dug through the cupboard and found the spacer but no Ventolin; what the hell! Carried him heaving and retching into the shower and steamed it up, but it didn’t do shit. After 10 minutes he still couldn’t get much air in and was getting worse so I called 000. Meanwhile J found the Ventolin so I blitzed him- it didn’t have much effect, but by this time the ambos had arrived. They held a mask as close to his face as he would tolerate and gave him adrenalin gas, which we haven’t had before. Packed a few things and at about 2:00am we were loaded into  the ambulance. Ro chatted with Gary the ex pro rugby player all the way to hospital, insisting we were in a police car and starting every observation with “guess what?” Gary used his impressive chest to blow up a latex glove, then tied it off and drew a face on it to create an instant chicken head footy. Making Ro laugh still brought forth seal impressions so the entertainment was quite restrained.

2:45am. Read to him – he had to prompt me as I kept dozing off. He keeps saying he wants to go home, but he’s doing okay.

3.30am. He is still so jazzed; can’t say I’m a fan of the adrenalin gas. He took his steroid dexomethazone with impressive fortitude even though it apparently tastes like ass, then charmed all the nurses by punting the chicken balloon around the front desk.

He finally fell asleep at 4:50am while I catnapped in a chair while bent into a question mark.

Later: He’s fine. Went to the doctor and worked out an asthma action plan and now have some prednisolone at home in case he has another attack. So hopefully no more nights in A&E! Yay! *yawn* Feeling weary but mumsy today. When they’re not feeling well and they want me, want my cuddles, and I can talk to them quietly and smooth their hair back so they go to sleep I feel more like a proper mummy and less like some random who  got put in charge by accident.

Roars had a late night, didn’t sleep in and was hung over all day. At one point he stormed off to his room and shortly after there came a massive crash… no screaming, so I figured he’d thrown something. He came over and said “Mummy, can you come? Something happened in my room.” Got there to find his chest of drawers had tipped over, with all the drawers fallen out on the floor. I asked him what happened and he said he hurt his back, then burst into tears. Poor little sod. He’d decided to climb it and of course it fell on him. I’m just glad it wasn’t worse! I cuddled him and put an icepack on a 10c sized red mark on his back, and he said “Sorry Mummy.”

Aw I hate it when they learn stuff the hard way. I wish they’d just listen when I say stuff like “don’t climb on the furniture cos it’ll fall on you”, and “don’t run on our wooden floors with wet feet cos you’ll slip and break your arse” and “don’t snatch knives off the kitchen bench because you might stab your brother in the forehead*”.

*all actual things that happened. 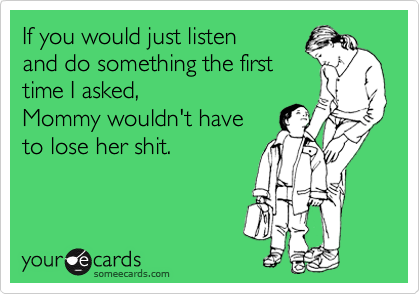 Apparently, to those we meet who feel the need to insinuate my parenting skills aren’t up to scratch. On our last night with family in Dunedin we went out for tea in St. Clair. The kids inhaled their dinner then ventured out into the howling wind to watch waves pounding against the sea wall. 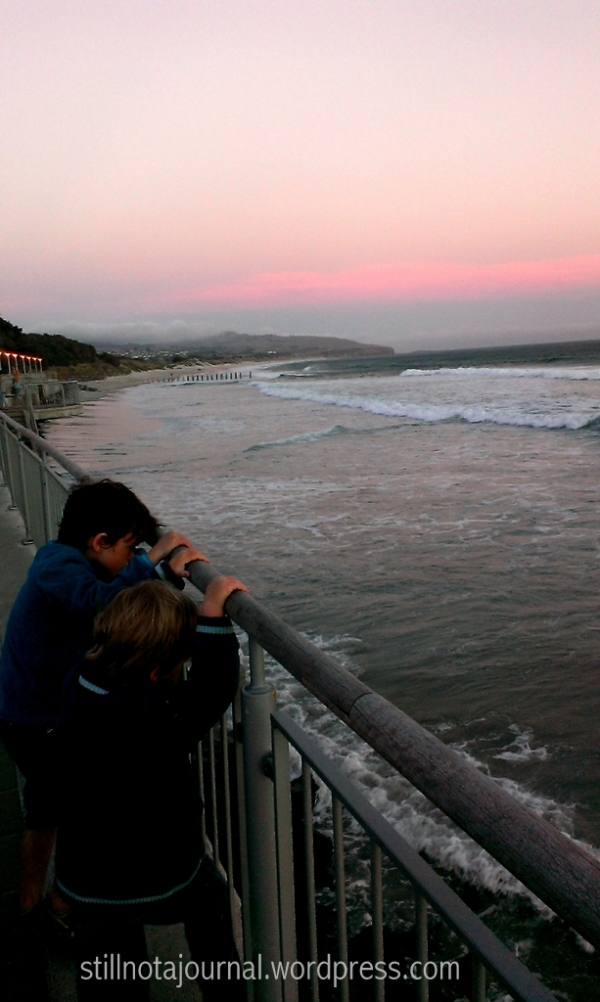 We explained the rules to Finn; look after Rory and hold his hand, check for cars before crossing the (deserted) driveway, and stay in front of the picture window so we can see each other. He did great! And we were all greatly entertained as they chased each other around the footpath and Ro pulled his jumper up to the top of his head and did a little hunchback dance.

After about 5 minutes a diner from the next room came in to self-righteously announce are those your kids, just thought you should know they’re running out in front of traffic it’s dangerous blah de blah. Sit down dude, it’s under control. That’s our boys embracing their Kiwi heritage out in that freezing wind, exploring and learning some independence (Roars, hearing the call of nature, peed into a clump of grass) so if you aren’t here to tell me what wonderful boys I have and what a great job I’m doing then I’m going to quote my youngest child: