On this very special Fool’s Day there’s a particular bunch of creative and inspiring idiots I want to tell you about.

An oft-maligned and misunderstood subspecies of student named ‘Proshketeers’, they are said to inhabit the darkest corners of the University of Western Australia. Most of the time they look just like your average student, but it has been theorised that their brains – and sense of humour – are located squarely in their arses.

On just one day a year they swarm; this year it was today. They prepared themselves by staring at computer screens for hours on end, keeping themselves awake for days, and imbibing a special diet including 2 minute noodles, cookies, buckets of coffee and litres of piss.

Then finally, resplendent in camouflage designed to charm and amuse, they set forth on their annual migration through the streets of the Perth CBD. 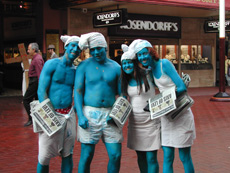 Their purpose: to amass gold coins for those in their herd that need it most. Like chipmunks collecting acorns they take their treasure to their hidden lair, but not before handing out a reward to their beguiled prey; a newspaper. Perfectly suited for lining the bottom of a budgie cage, this newspaper can also be read. 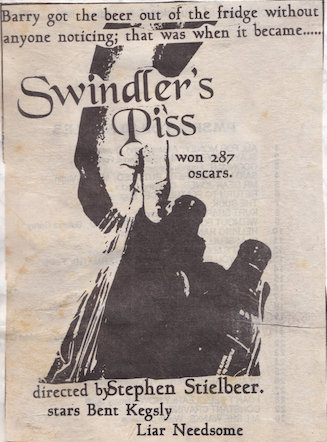 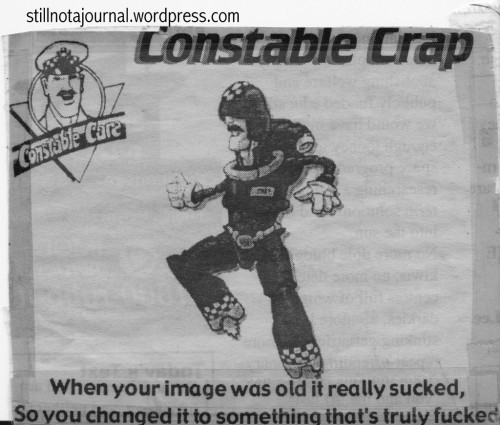 So where did it all come from? In 1931 the UWA Student Guild swapped some boring graduation day stuff for a procession, skit show and a satirical newspaper to commemorate the event. Even that very first Prosh (then ‘Sruss Sruss’ ) was labelled “filth and trash” by beige grownup newspaper The Sunday Times, and that general opinion hasn’t changed much at all which just goes to show UWA students always have been and always will be scum. (I’m from Murdoch.) Anyway, the students responsible were made to donate to a children’s hospital, and from then on the newspaper became a fundraiser, usually for West Australian children’s charities.

Over the years it has raised hundreds of thousands of dollars for various causes. The authors, self-described “dickheads from the western suburbs” sometimes get in the deep cack for some highly questionable content but I believe their heart’s generally in the right place, even if their arses need kicking every once in a while to reactivate their common sense.

Being rather shy and withdrawn for my first years at uni I was always a little envious of the Proshketeers. Yes, envious, of people running about in public having fun dressed as gladiators, or smurfs, or in drag. Or even UNdressed! I would never have gotten away with that – knowing me I’d lose my fellow streakers and end up running around the Perth CBD, alone, starkers, and with nowhere to keep my phone. I’d be like Will Ferrell in Old School, slogging along some road in the suburbs by myself looking for KFC. Though he was shitfaced; SO not classy.

If I had been a Proshketeer I would have dressed up as a dork. Completely unintentionally.

Random person on street: Haha you look like such a dork! Hilarious.

Me: Er, this is how I always dress.

Then at the other end of the spectrum you’ve got people who can’t help but be outrageous, even if they try to be boring.

So if you’re in Perth and you were waylaid by a giant octopus, Pikachu or Ming the Merciless today, you’re fortunate because you have already received your rewards of a warm fuzzy feeling and a PROSH of your very own.

If, like me, you are somewhere far far away and still wish to get involved with some fun for a good cause you’ll need to contact the directors ASAP to make a donation; go get your hands on some premium export quality budgie cage liner for a bargain price!

Also, if you have some funny shit to offload, they accept submissions! So get going, you’ve only got a year until the next one. 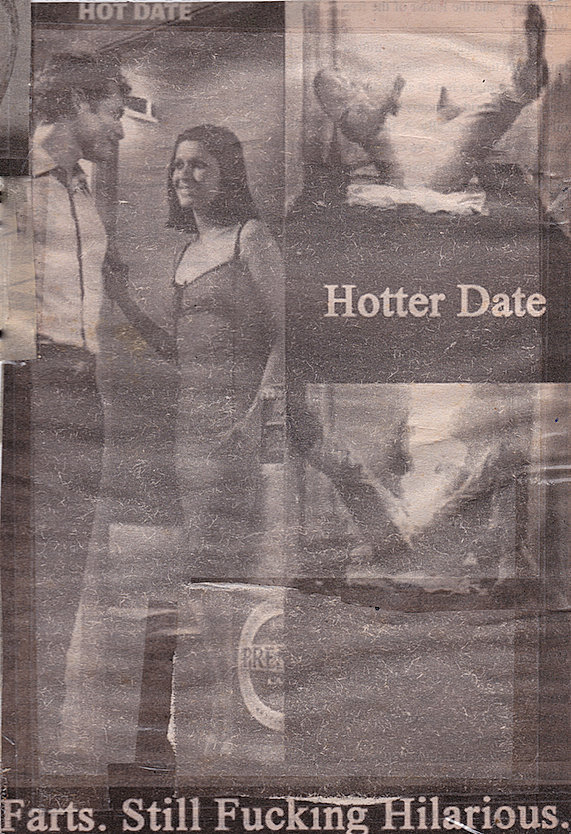 This year’s beneficiaries are

Youth Futures – non-profit, and the leading organisation in strengthening and empowering disadvantaged and homeless young people.

Diabetes WA – the peak body and voice of diabetes in Western Australia.