Growing up J had dogs on the family farm, we had cats and a budgie, and naturally we want the boys to also experience  the unconditional love of a pet. Both Finn and Rory love animals and pat other people’s whenever they’re allowed. Then without fail ask when we’re getting one.

Cats are banned in our neighbourhood to protect the native wildlife, and getting a dog would require building an annoyingly long fence. As a compromise we regularly put out fruit scraps, wild bird seed and the odd dish of Wombaroo to encourage the native birds to come down where we can see them better. It works, although we think of them more as neighbours than pets, along with Plissken, Homer Simpson, Freddo, and Lord Varys and Co. We thought about feeding the kookaburras as well, but tales from the neighbours of cheeky entitled kookas soon swooping sandwiches from their hands, swiping sausages FROM OFF THE BBQ, even sneaking indoors to tear into mince thawing on the kitchen bench, decided us against it.

The birdie buffet on our biggest, newest tree stump has proved to be a great success! We also hang a seed bell in a tree, though our view is blocked by another tree. (WHY OH WHY do we have so many trees?!? Oh yeah, for the birds.) We need a proper birdfeeder, and are slowly absorbing ideas from friends, Pinterest, and espionage. I love watching the birdies; it’s been great for practising with the geewhiz camera. 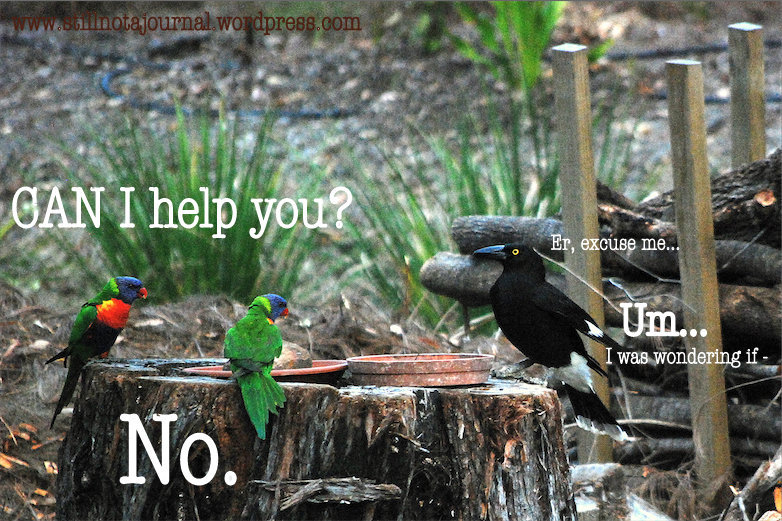 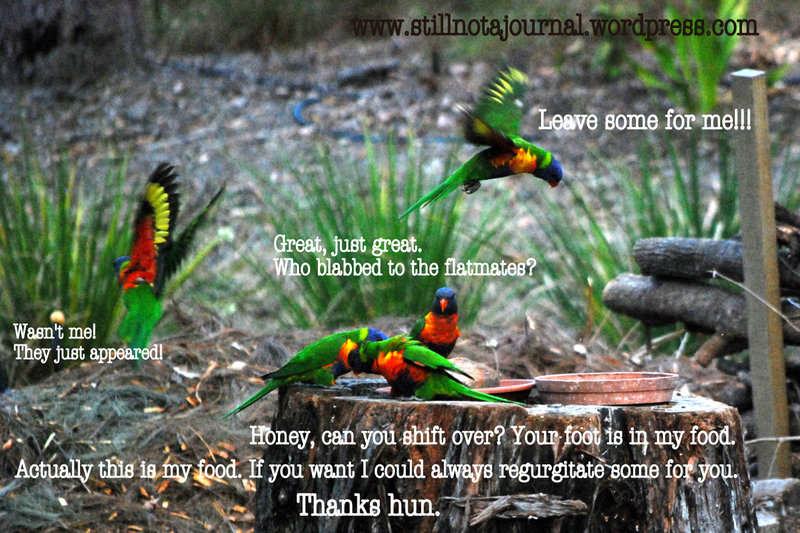 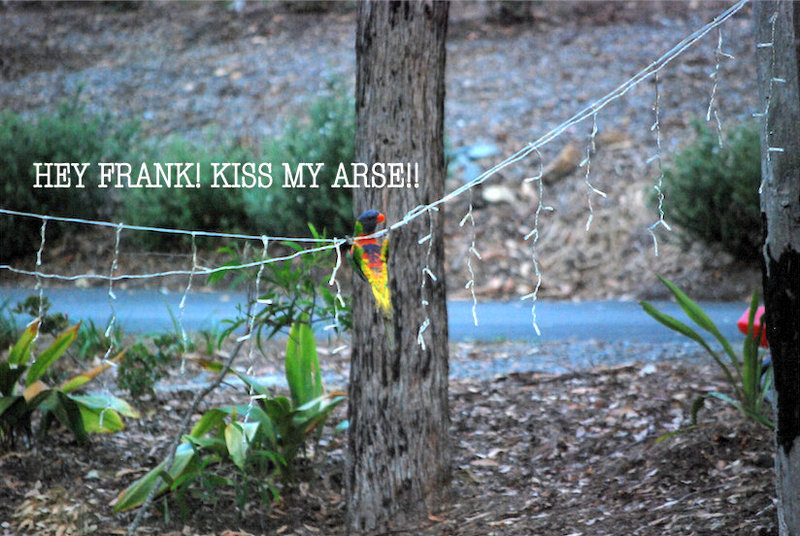 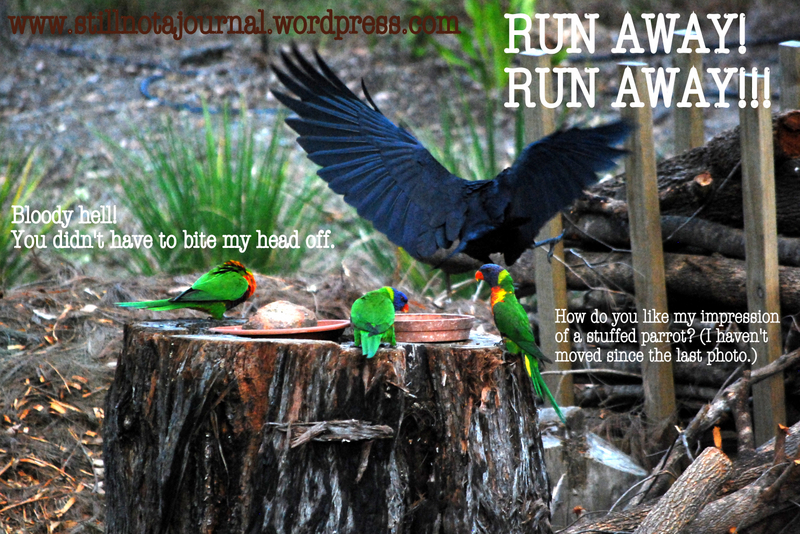 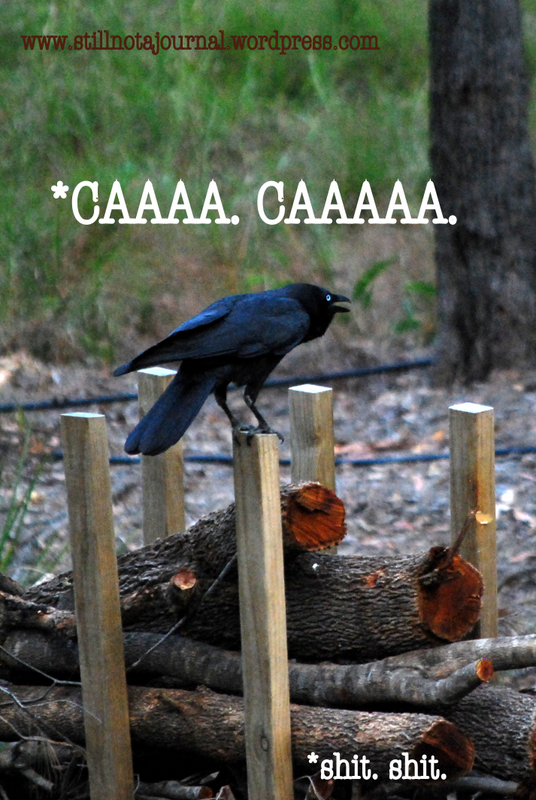 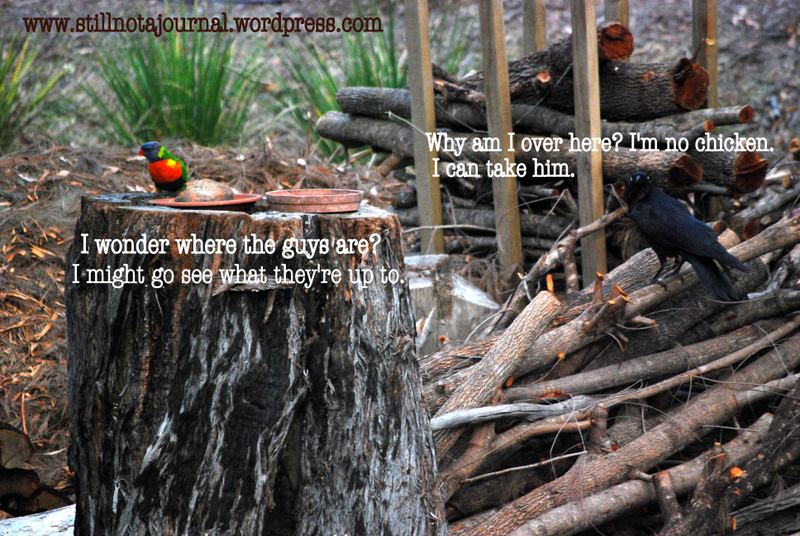 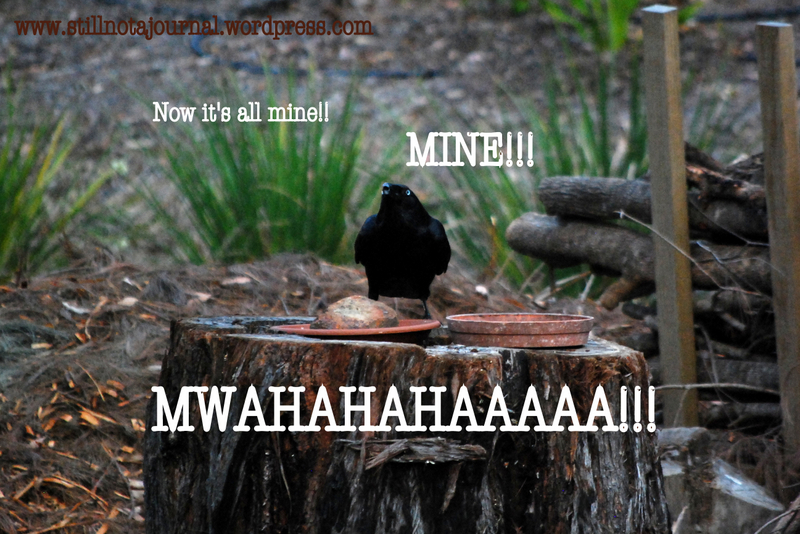 While watching our neighbours battling for supremacy I was reminded of Game of Thrones (when am I NOT?) so have named our friends accordingly;

The currawong (black & white bird) = Hodor, because he was big, non-aggressive and didn’t say much.

All the greedy little shit rainbow lorikeets = Joffrey. As in, I have named them all Joffrey. They get stroppy easily, don’t like to share, tend to gaudiness in appearance, and want to be the boss of everyone.

Not quite a perfect match due to the fact that these Joffreys possess some balls and have no qualms about squaring up to someone several times their size to get what they want… they’re quite cunning too… hmm. Actually, rainbow lorikeets? Oh it’s too perfect.

Okay, now I have to name them all Renly Baratheon.

In the Game of Stumps you win, or you fly… off, whingeing.