Where has half the year gone?

It’s June already – Aussie winter started on the first, not that it’s even felt like summer’s over yet. This autumn we’ve had an incredible run of warm still days with absolutely stupendous sunsets; shepherds and shutterbugs alike are delighted.

I’ve been AWOL, neither reading nor writing any blogs, but I’ve been around, doing stuff behind the scenes. Like… changing the look of my blog! Whaddaya reckon? I think it balances words and pictures much better than my old one.

I’ve also taken my first tentative steps into proofreading and editing with my first ever paid writing gig! A milestone… though it wasn’t exactly a roaring success. I might tell you about it later.

I’ve had some adventures… like the time I went for a stroll around the block, decided to go off-trail into the bush and nearly put myself into a survival situation. I’ll tell you about that later too.

The boys have been doing some cool stuff; Finn got to play in the under 8s footy match during halftime at the Gold Coast Suns’ game at Metricon Stadium! He ran onto the field through a giant banner just like the pros and might’ve even got his noggin on TV. He was super excited and not nervous at all about playing in front of a few thousand people. Well, a few hundred at least, the rest were off getting beer and pies before the third quarter.

And Rory finally had his big boy’s 5th birthday party! I did tell you about my troubles organising his early January birthday every year (which is why this year we delayed it until after school started) but FOUR MONTHS after the fact is a record even for me.

We had a photography competition on at school, so I set the boys loose in the garden with the cameras which they quite enjoyed. Lots of shots of tree trunks and the fence.

Finn especially liked using the geewhiz camera, so that evening when I headed up the hill to shoot the sunset he wanted to come with me.

I usually do it on my own but it was nice being able to share it with him; it could be our new special thing; until he gets bored of it anyway. I let him take a few shots and he said he ‘likes photography now’.

And he was only too happy to take direction… 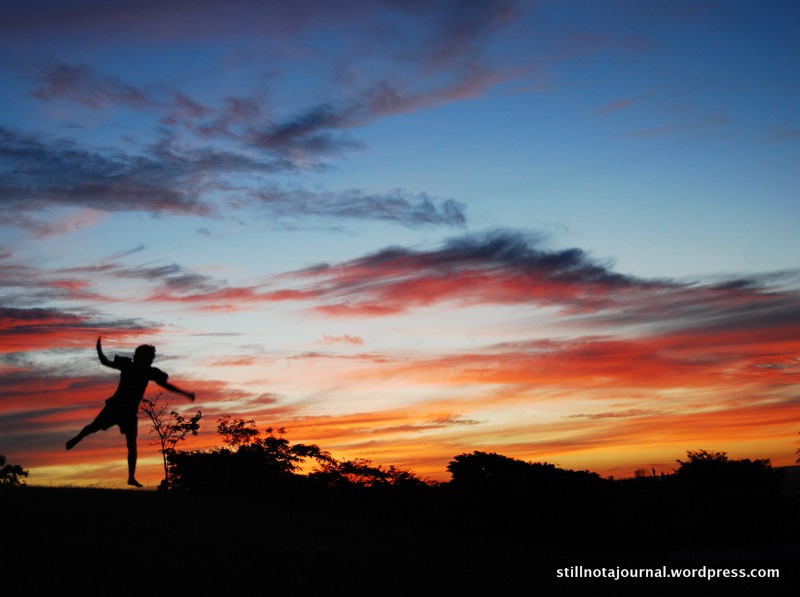 I really love this time of year – autumn is the best. The evenings have been warm even after the sun’s gone, like it’s been late summer instead of late autumn. We did have one suddenly wintry Thursday morning a couple of weeks back. When the kids got up they yelled “It’s freezing Mummy!” and bolted for the couch. It was about 13C. Yeah we’re wusses and don’t do well in the cold.

They’re 5 and 7 and-a-half now, and they both still like a cuddle on the couch first thing in the morning. It helps when they’re still a bit sleepy. They scrunch into my side, sometimes plonk their legs over mine, and even allow me to kiss them on the head. Occasionally they’ll stumble over to me all bleary-eyed and mumble “I wanna cuddle”. A cuddle is the priority, before even ‘good morning.’ It’s the best thing ever! How much longer will that last? Ages I hope. 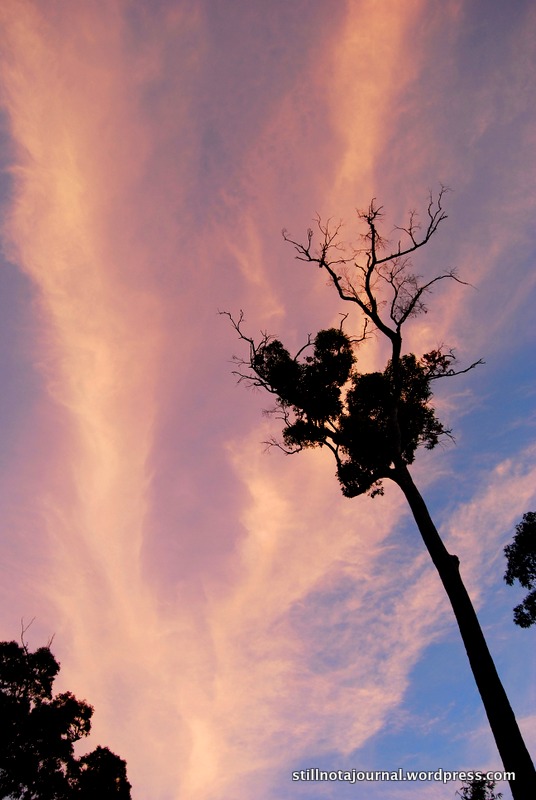 Roars passed a huge milestone last week: lost his first tooth! He only told me it was wobbly the day before it fell out, but didn’t lose it and was thrilled to get his first “pocket money for not doing anything”. My baby. I didn’t get something in my eye like I normally do when the boys do something cool and grown up, but I’m suddenly noticing the days flying by much too quickly and the boys growing up a bit too fast for my liking.

It doesn’t help that the days are shorter. The sun now sets even before footy training finishes but the boys insist on playing another 20 minutes in the near dark while their sossies are cooking. The maple trees near the oval have changed to oranges, reds and yellows -they know the season even if the weather doesn’t.

These amazing sunsets and setting aside the time to capture them have helped me appreciate these days more. It’s what photography does for me in general really, freezing a moment or capturing a detail I wouldn’t normally notice. The full brilliance of a sunset lasts a matter of seconds and then it’s gone… but thankfully the boys aren’t changing that fast. 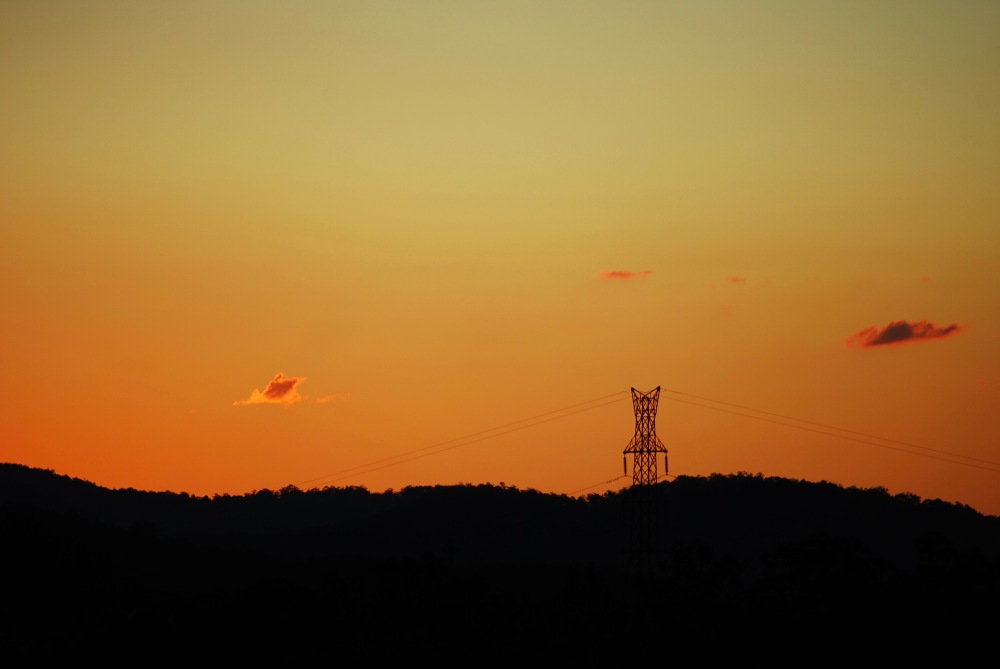 What a happy way to end the day! It’s almost a spiritual experience. How many times do the colours change in a sunset? How many opportunities for joy are there in every single day? Countless. At least that’s the dream.

There’s a saying for that too; Ring around the moon means rain soon.

Also totally accurate, as it turns out. All day yesterday (Saturday) the Gold Coast was smashed with severe storms which arrived late Friday night. Over 120mm (4.7 inches) of rain fell in our area in 24 hours, and further inland they got over 250mm (9.8 inches). Plus we got cyclonic winds of nearly 80kph and a king tide. And today is sunny and warm again, like it never even happened.

…Aside from all the fallen trees, flooding rivers, flooded homes, lakes where sporting ovals and driving ranges used to be, roads underwater, still-closed beaches and scattered power outages that is.

P.S. I think it’s particularly awesome we had so many blazing red sunsets in the weeks before Dad’s birthday. His present to us?